Actions and consequences. A ‘meal deal’ with a side of honesty .

At some time in our lives we have all tried to shrug off personal responsibility for our behaviour, and sadly I speak from experience. It’s very difficult to acknowledge failings as our own, but if we are sincerely trying to be the people we think we are already, there comes a time when we each have to face the consequences of actions that we negligently decide upon in the face of plentiful alternatives; disregarding our many choices either because we refuse to educate ourselves about them, or because we dismiss them as too much bother.

‘Saving’ victims by being vegan

To start, here’s something I’d like to get off my chest. I want to address the many claims we read about the number of animals we ‘save’ by being vegan. Here’s a shocker. I have never, ever, seen an accurate estimate of this – not even sure it’s possible – and there are two fairly obvious reasons why; technically we don’t ‘save’ anyone by being vegan; we remove our personal consumer demands from the regime of death and bloodshed that services the consumer demands of nonveganism, and if this results in any significant change, it is only that the victims who would have been brutalised on our behalf are not brought in to this hell that our species has created for them. Not one single desperate and frightened victim is ever given the chance to turn their back on the slaughterhouse and go home with their loved ones to a life of comfort, respect, and companionship. Removing our demand for their flesh, if enacted on a sufficiently large scale, could at best mean that our victims will never exist; their parents will never be sexually violated to birth or hatch them. I don’t know about you but I’m willing to be vegan for that.

The second reason is that every single estimate that I have ever seen of the number of creatures that our monstrous tyranny creates, is incorrect. As a former maths student I have struggled to come up with accurate statistics but even I have failed.  How then would it be possible to say how many creatures are spared from existing each year by each human individual who decides to stop being part of the nightmare? 10? 100? My nearest estimate would be well in excess of 350 and that would be based only on land  and aquatic individuals – i.e. it excludes so many statistically unrecognised groups that, while it’s slightly closer to the mark than the oft-quoted ’10’ which is absolute nonsense, it’s so random as to be meaningless. Apart from that, a reduction in demand needs to become an established trend before supply reduces to catch up. That’s economics 101. And it’s also worth noting that the human population is currently expanding exponentially.

Anyway. These thoughts came to mind recently on coming across a ready-made pack containing ‘Honey mustard chicken pasta’. It was in the supermarket section where ‘meal deals’ (a ‘main’ a beverage and a snack) are sold for £3.00 (UK currency – please check it out if you are based elsewhere).  Amongst the many ingredients were listed the following: ‘chicken breast, milk, creme fraiche, yogurt, honey, and egg’. I have a minimal income but by any standards £3.00 is cheap.

If you are not vegan, the chances are that you may not have even read the label – at one time I would have been you. If you are vegan, the label becomes sinister, dark and deeply distressing. And now I can imagine the eyes rolling. ‘Oh ffs – sinister? These vegans never give it a rest! It’s just a wee carton for goodness sake!!’  Nevertheless indulge me while I clarify this to any who dismiss it as ‘just a list of ingredients’.

For that ‘wee carton’, the following defenceless creatures endured an existence that would disgust and horrify every single one of us; an existence that not one of us would consider acceptable for any living creature; an existence that every reader would be very quick to condemn, to protest about and to declare that they would have nothing to do with anyone who felt otherwise. 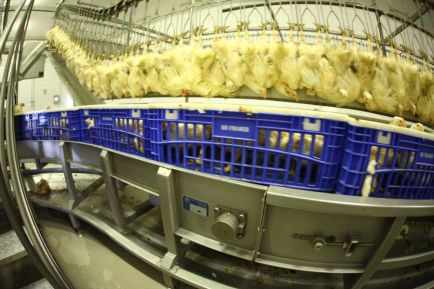 Price vs cost – having the stomach for the truth

So there we have it – the tale of that cheap ‘meal deal’ that comes at an absolutely breathtaking cost.

Uncounted birds; male, female, infants of differing breeds, uncounted bovines; bulls, cows, calves; uncounted bees both male and female; all of them unrecognised and nameless, sexually violated, treated as commodities, as ingredients and as trash by our morally bankrupt species. With every nonvegan purchase utterly responsible for every violation, every trembling newborn, every heartbroken mother, every single victim whose body parts, and whose existence of misery made up that ‘ingredient list’.

Of course each of us does have a choice. Each one of us can look at this horror and decide here and now that this isn’t the way we thought it was, we didn’t realise what we were responsible for and we’re desperately sorry. I’ve been there and so, I’m sure, have many who are reading this now.

If that’s how it is, the answer is easily within our reach. All we need to do is say, ‘Enough. I’m not doing that any more – not even for one more day.’  And then we become vegan.

12 Responses to Actions and consequences. A ‘meal deal’ with a side of honesty .