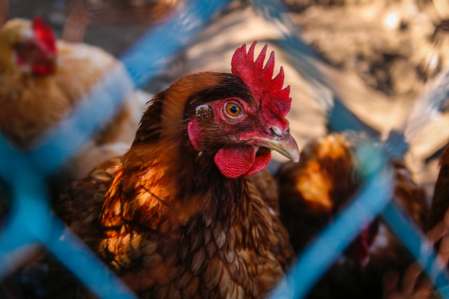 This year, I’ve decided to revise and re-publish some of my favourite blogs from previous years. This is the first of these, prompted because the claims of ‘personal choice’ still make monotonous and regular appearances in comments threads everywhere.

Today, for some inexplicable reason, I remembered the first time another person told me that eating ‘meat’ was their ‘personal choice’. The memory has replayed itself all day in my mind’s eye.

It was 2012 and I recall still feeling raw from the horrors that I had learned in the weeks before about the dairy and egg industries, and was rediscovering a way to exist in a world that looked exactly as it had before, but where my own perspective had shifted irrevocably.

The other person in the conversation was a work colleague and had been for many years. I would probably go so far as to say we had been friends and there we were, the two of us, at work. I had just confided that I had recently become vegan.

‘Of course,’ my colleague said, ‘what I eat is my personal choice.’

The forceful words were accompanied by a hostile flash in the eyes and a defensive set to the chin that spells ‘back off’ in any language.  It was probably not the first time I had heard this statement, but it was certainly the first time I had heard it since becoming vegan. I don’t remember the other times. Like so much of my life and my thoughts in those tragic decades when I was not vegan, I look back down the years at that person who wore my face and I know who she became but not who she was. I know what she thought but not how she managed to reconcile it with the kind of person she thought she was.

Anyway, to return to this memory and this assertion of ‘personal choice’; I had no response. I think I mumbled something and then sat there, stunned, taken aback by the immensity of this preposterous idea.  I had thought that I knew this person; had thought they shared the same values as myself. Yet here I was with a metaphorical chasm yawning at my feet, knowing that my colleague’s words were utterly wrong for uncounted reasons that I could not articulate. I felt as if everything I had valued about our friendship had been a lie. I left that workplace shortly afterwards and although I have been invited several times to ‘catch up’, I never have.

Almost six years have passed since that day and it’s strange how things turn out. I silently made a vow that never again would I fail my defenceless, innocent earthling kin because I didn’t have an answer. I read and researched, listening and learning as much as I could bear to know about the atrocities that my species perpetrates upon every other species on the planet. What I found was unspeakable, the stuff of nightmares, unbelievable and yet true. So in an odd sort of way, I am grateful for that experience long ago, because although I didn’t realise it at the time, that day marked the tentative start of my vegan advocacy.

Becoming vegan is like that; so many turn to advocacy. And that’s understandable. After all the harm we did before we knew any better, we feel the weight of the huge debt we owe  our victims, who endured an existence and a death so vile, so terrifying that we shrink from imagining it; the despoiled and pitiful remains of their only, precious lives long since crunched, digested and flushed away.

The tragic irony is that most humans are eager to declare their concern for nonhuman animals, to reject ‘cruelty‘ to them and to condemn those who participate in it. Once we recognise and accept that we have no right to harm sentient individuals whatever their species, we realise that to refrain from participating in the gratuitous and needless violence of our sanctimonious species is the very least we can do. The only way to do that is to be vegan.

Each of us may be provided with information about the deep injustice of animal use, but engaging in a meaningful way with that information, internalising the realisation that this is the only way to make peace with our conscience, and making the decision to become vegan, has to come from within. We can provide reams of information, but for the seeds we plant to bear fruit, those to whom we reach out must be receptive to that information. As advocates, we must remain hopeful that this will happen, not least because we are beginning on common ground, from a shared assertion that we all ‘care’ about animals.

And this leads me to another point that I have considered as time has passed, as I have delved deeper into the vile and hidden practices inherent in any system that commodifies sentient individuals as ‘resources’. When someone tells us that it is their ‘personal choice’ to use others, their body parts, their reproductive systems, their forced compliance with our domination; asserting that their ‘personal choice’ demands subjugation of the vulnerable to brutality for consumption, for plucking and shaving and flaying, for testing, for entertainment, and for the hundreds of deeply disturbed and disturbing purposes that our species invents, there is one thing that we all – vegan or not – have to fervently hope.

And that hope is that the one who claims the right to exert this ‘personal choice’ is speaking from a lack of knowledge.  Anyone who could calmly gaze into the screaming, whimpering hell of our creation; who can acknowledge the pain, the anguish, the separation and grief and degradation; can be aware of the mute pleas of the bleeding, mutilated, broken young creatures who have never known a moment of peace or joy and can feel entitlement and assert that it is their ‘choice’, is truly a most terrifying creature.

We have to seriously believe that their words stem from a lack of information. Such a ‘personal choice’, made informed and knowingly, could belong only to one whose violence and blood lust know no bounds. And that lack of information is our cue as advocates.

As time goes by

So how would the person I am today respond to my former colleague, asserting their ‘personal choice’ to silence and dismiss me? Well, there’s a time and a place for a discussion about ethics and even now, I fully recognise that was not it. But now I would stand my ground and would point out calmly that while the use and consumption of animal ‘products’ is indeed a choice, it can hardly be said to be ‘personal’. A personal choice is one that affects only ourselves. A personal choice has no victims and leaves no bloodbath in our wake.

I might invite them to watch one of the increasing number of films about animal use such as Peaceable Kingdom: The Journey Home which is free to watch on the link. Most such films, unfortunately, do not promote veganism, but instead leave viewers with the impression that the problem lies in our treatment of our victims or the environment in which it takes place. This is completely incorrect, however some films can be a useful wake-up call on the strict understanding that any viewing is accompanied by a message that it is not how we treat our unnecessary victims that is the problem, it is the fact that we have victims at all that we need to address, and that adopting veganism is the only way to end all the uses that the film depicts.

And the person I am today would try to salvage some sort of relationship, in the hope that as time went by I could seize other opportunities to change mind and heart by providing information. Because I don’t think my colleague was that terrifying creature of nightmares whose ‘personal choice’ was made knowingly. They spoke from a place of ignorance. I’m fairly certain that their ignorance was a conscious choice, but nevertheless there is always a cure for ignorance, and the cure is information; it’s just a question of finding the way – if it exists – to convey it.

If anything I am more determined, more unequivocal than I ever was but I have learned to separate the deed and the perpetrator as we all must. I have stood in their shoes, smug and opinionated in my breathtaking ignorance. Although I can’t recall exactly how it happened, I was fortunate that the information I needed came my way and I can never thank that unknown advocate enough.

Breaking through the shell of ignorance is what advocacy is all about. Advocate with truth, sincerity and persistence. Be vegan.