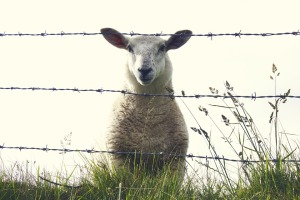 The term ‘vegan police’ floats around in cyberspace, bubbling and simmering in the broth of thoughts, opinions, facts and seething emotion that always surround the topic of other species and our individual and collective view of them. Every so often it is brought out, dusted down and used in anger as an insult. It’s usually accompanied with contempt and mockery and it is ALWAYS about humans and is NEVER about any other species. It doesn’t help our victims even slightly and it never will. The use of the term is an announcement by those who use and direct it that they are prepared to go only so far and that the target of their contempt is challenging that boundary.

Another phrase that almost always rears its head when ‘vegan police’ is being wielded, is ‘personal purity’. That one is used in such a way as to convey that any quest for such a quality of perfection is not only impossible, but quite plainly deluded. The utterly sad thing about the use of both terms against others, is that they are invariably used by those who choose to identify as vegans, against others who also identify as vegans.

‘Good enough’ and other compromises

The pattern of insults is designed to discredit the position of those who are being vilified as ‘vegan police’, and to garner personal support for a situation that has been identified as not vegan. Frequently there is an implicit suggestion made that there is some scale of veganism, a scale that possibly begins at ‘not vegan’, and then moves through gradations of ‘moderately vegan’, ‘very vegan’ to, finally, ‘completely vegan’. Although it is never articulated, there is a further implication implicit in this, that aiming somewhere in the middle of this scale is not only ‘good enough’ but that it’s all a person can reasonably be expected to do, from a pragmatic point of view, in order to be justified in self identifying as vegan. Those who accuse others of being ‘vegan police’ often accuse them of having a view that all may be vegan, but some think they are more vegan than others and mistakenly view themselves as holding a superior stance because of this.

To challenge this unspoken assertion, one invites the use of the term ‘vegan police’ being used as a description against them. The perspective that one requires to hold to qualify for the insult to be directed at them, is that there is no ‘scale of veganism’; that it’s binary, like a switch with an ‘on’ position and an ‘off’ position. One needs to hold the view that a practice is either vegan or nonvegan and that there is no in-between.

I usually keep my head down when arguments start along the lines of, ‘I’m more vegan than you’, because I’ve seen them so often, too often, and the pattern is always the same. More importantly, as I mentioned in the first paragraph, it does not help our nonhuman kin in the slightest and quite honestly that’s all I’m here for. It saddens me to see people I know and respect being vilified this way, but I also know that the storm of vitriol that swirls around these situations serves no purpose. The storm will pass and I know that my friends are more than capable of standing their ground.

The perils of pragmatism

So why am I writing about it? I was driven to write down my thoughts only because a recent comment on a post detailed a discussion that the writer had had with a self-identified ‘vegan’ in which they had pointed out that their cosmetics were not vegan. This led to a defensive retaliation along the lines that ‘it’s hard to be perfect’.

And there’s the danger, from my perspective.

Those who identify as vegan, but who hold a view that there is a scale of veganism, again by definition are either adopting or supporting the adopting of a compromise position. And any compromise position is harming someone, someone helpless, innocent, powerless and unconsenting. Someone who will die in gore and fear without ever having their most basic rights observed as a sentient inhabitant of the world we share. Even if our own conscience is dormant on this subject – and I would always question how it could be, if we fully understand the consequences of our choices – others who are not vegan look at us, look at those of us who say, ‘I’m vegan’, and even if they do not ask us outright, our behaviour, our words and our choices are noted and considered. When we make inconsistent choices, when our behaviour compromises or even sells out our victims, that too is noted.

And it may be noted by those who are genuinely keen to understand, who are sincerely looking for knowledge. What message do we give when we call ourselves ‘vegan’ but consider that the middle ground in our perceived scale of veganism is ‘good enough’? Good enough for whom? Certainly not for those victims whom we are excluding from our consideration.

It’s no secret that I hold the view that veganism is a black and white issue. To me there is no grey area or room for alternative interpretations of meaning. To quote Donald Watson who first coined the word;

The word “veganism”denotes a philosophy and way of living which seeks to exclude — as far as is possible and practical — all forms of exploitation of, and cruelty to, animals for food, clothing or any other purpose; and by extension, promotes the development and use of animal-free alternatives for the benefit of humans, animals and the environment. In dietary terms it denotes the practice of dispensing with all products derived wholly or partly from animals.

I consider that those who choose to adopt what I see as compromise positions do so for a variety of reasons, many of which I am powerless to change. All any of us can do is provide information and encouragement but the impetus to adopt veganism, to internalise it as part of our own personal moral code of behaviour must come from within. No one can force that to happen.

So who are the vegan police?

To me the essence of any ‘policing’ that takes place about a moral stance that we adopt must come from within. We are our own harshest critics, and we are the police of our own moral code. When we behave in ways that do not concur with the standards we set ourselves, the only ‘policing’ that makes any impression at all is the voice of our conscience reminding us that what we have said or done or even thought or considered, is unworthy of what we expect – not of others – of ourselves. We are our own vegan police.

When we really understand and internalise the situation that requires us to be vegan, we are in a clear space. It is such a lovely, clear space to be in. Our line of sight is simple and unobstructed; there are no ‘ifs’, no ‘buts’, no ‘conditions’ and no ‘exceptions’. What’s more, we can relax and stop looking for them and our conscience is quiet on the whole issue. That, to me, is veganism.

1 Response to Policing ourselves