When is the truth, an attack? 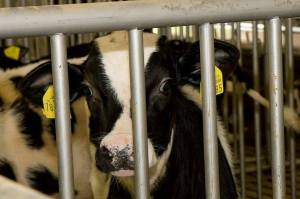 Yet again, today I saw comments by ‘vegans’ demanding the end of ‘attacks’ on people for not being vegan. Specifically, it was stated that those who are ‘vegetarian’ or only eat some ‘animal products’ should not be ‘attacked’, but rather praised for their efforts.

Such comments still surprise me because once we understand the reality of veganism as an ethical stance and not a menu choice, once we reject the concept of regarding others as commodities and resources, we realise that it’s not incremental. That’s not being purist, it’s just a fact. We can’t be ‘partly vegan’ any more than we can be ‘a bit dead’ or ‘slightly pregnant’. We continue to cause needless harm, or we stop. We deliberately cause death or we don’t. It’s that straightforward. In particular there are no compromise positions where we can minimise our personal inconvenience and congratulate ourselves on our ethical awareness, while continuing to demand and finance the nonvegan bloodbath.

Please note as always that this post specifically excludes those who have decided to become vegan and are transitioning towards this by incorporating the practicalities of veganism into their lives. This transition may take some time, depending on our individual circumstances.

On judgement and praise

Am I ‘judging’ anyone? Absolutely not. It is not my place to judge, partly because I am not perfect, and partly, as I have previously written, I consider we are our own harshest critics. I have no interest whatsoever in whether someone is ‘judging’ me. It can’t harm me whatever opinion of me is held by a stranger that I have never met. I do, however judge myself and this judgement may be triggered by discovering that I have been participating in some activity that I had not realised was contrary to my values. I can give myself a really hard time when that happens, but my prime concern is to stop whatever I was doing and seek to rectify if possible, or at least prevent a recurrence.

Just as it is not my place to judge, it is not my place to praise nonveganism or condone it either in myself, or in others. Does that sound harsh?  If so, please note that it applies to myself as well as others, and I feel that way because every nonvegan choice – EVERY nonvegan choice – including vegetarianism as defined by The Vegetarian Society and ‘just eating some animal products’ – is creating victims as I write.

Before we can praise, we must overlook and forgive. In slaughterhouses everywhere, trembling, bewildered and sick with terror, screaming and sobbing in panic; with the clanging and shouting of implacable and merciless human killers ringing in their ears; with the metallic stench of the blood and entrails of their family and friends hanging heavy in the air; as the blows and kicks and electric prods goad them to the place where the blood rivers run and all life ends; these are the victims whose torment we are being asked to overlook and forgive every time it is suggested that we should applaud less than veganism.

How can anyone forgive such horror on behalf of another individual? It is obscene to even suggest that we should.  Not only is it not our place to forgive, it is not our right. Just as we have no right to be creating those victims in the first place. Every nonvegan choice requires a gross violation of the fundamental rights of sentient individuals, and only complete rejection of the notion that other beings can be resources or commodities for our use will ever bring justice to those whom we wrong so badly. Only veganism recognises the right of sentient individuals to own their own lives and their own bodies. 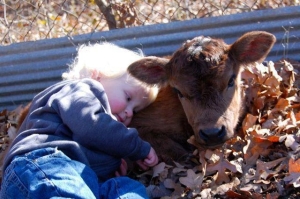 The truth is the truth

I have written before that I am a parent. When my children were very young, there were many occasions when they attempted some new challenge, when they drew something, when they wanted to act out a play or did one of the dozens of things that are part of normal family life, normal childhood learning and development. Sometimes their effort was unsuccessful, the drawing was a mystery, the performance didn’t work out – but I praised them. I encouraged them. I enthused about the positives and I helped them feel good about themselves. As parents, nurturing, cajoling, encouraging, support and praise are part of the job description. Children take time to grow up and there were times that I corrected their mistakes while trying not to discourage them. As they became adult, the guidance they needed changed in line with their maturity, help became more constructive and I provided new facts to shape their decisions. Now that they are adult, I would never dream of treating them with anything less than honesty, although on occasions we all need help to deal with the truth.

I have always considered that once we know the truth, how we choose to deal with it becomes our own problem. This is never more true than when we discover the facts about our nonveganism. However delivering the truth is not, in itself, an ‘attack’.

Dealing with the truth

As we continue to hope and trust in the fundamental goodness of most people, I choose to believe that lack of information or misunderstandings about the impact of nonvegan choices are the main factors underlying the harm that many who are not vegan continue to cause. However, the praise we give to learning and growing children, the encouragement that glosses over failed attempts, is not at all the same as being asked to praise the nonvegan choices of other adults.

Even if it were not for the fundamental difference that veganism/nonveganism is a life and death situation, as adults, we are doing no-one any favours by acting as if, like children, other adults require gentle encouragement as they are incapable of dealing with truth and honesty. That’s patronising in the extreme. I may not like what I’m told, but I despise the notion of facts being edited or withheld from me on the basis of what another presumes me capable of understanding. Treating others with that same respect is only fair.

Of course each of us reacts differently to the discovery of the impact that our nonveganism has, and some of us inevitably feel defensive at first. This does not mean that as advocates we have to withhold or dilute the truth, but rather we must recognise that defensiveness and hostility are normal reactions that we may even have experienced ourselves when we first found out. Most of us were not raised vegan. Sometimes others may need help to deal with the truth, but that ‘help’ cannot involve editing or diluting it, because honesty and sincerity are our most powerful allies in the fight for justice.

When is an attack, an attack?

Veganism is a highly emotive subject and I can’t dispute that there are some whose advocacy may be seen as confrontational. However it is disingenuous to seek to garner support for any position short of veganism by deliberately misconstruing any and every delivery of truth as ‘an attack’, which is a circumstance I see far too often. When we advocate for less than veganism, the ones who lose out every single time are our victims.

Our task is to deliver the truth to others; the truth that humans have no need to use other individuals as commodities; the truth that those whom we exploit are sentient and that our selfish and unnecessary consumer choices are condemning billions every year to an existence too horrific for us to ever fully appreciate. We can live and thrive without causing deliberate harm and we should never lose our focus on that.

‘They ask us to be brave for them, to be clear for them, and I see no other acceptable choice but to advocate veganism.’

10 Responses to When is the truth, an attack?