Vegan advocacy and the appeal to emotions 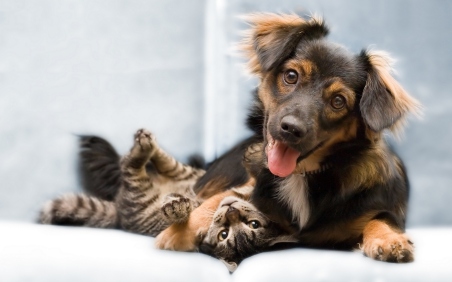 I have often witnessed activists or their posts being mocked or dismissed for being ‘over emotional’ in an attempt to silence them and discredit facts that make the accuser uncomfortable. The phrase used about a recent post of mine was ’emotionally charged drivel’ on a piece that did nothing but state the truth, and it made me think in more depth about the attitude to emotion within our culture and society.

There are reams written about ‘being in touch with our emotions’ as being a good thing. It’s considered socially acceptable to be effusively emotional about baby humans, as well as babies of most other species. Depending on the circumstances, demonstrations of varying degrees of emotion are deemed acceptable towards other humans and to a lesser extent, towards companion animals. It’s fine to shed tears at weddings, christenings and funerals and to be emotionally moved by music. It’s even socially acceptable to rail against and point fingers at what we choose to think of as ‘cruelty’, violence or abusiveness in other people, provided we remain blinkered to the inconsistencies that this highlights in our own behaviour and provided that on no account do we point out those inconsistencies in our audience.

The other side of this coin, of course, is socially acceptable admiration for those who, when faced with challenging situations, remain emotionally controlled with regard to their behaviour; ‘stiff upper lip’ and all that. Through their emotional response, audience behaviour and public opinion is blatantly manipulated by the media, by politicians, by advertisers and by every single business that’s trying to sell us something.

Unsurprisingly, it is generally considered highly inappropriate to relate emotionally to circumstances where societal norms demand ‘pragmatism’ or the acceptance of a ‘necessary evil’. The foremost of these norms is our obsession with the exploitation and consumption of members of other species, an obsession that requires us to disregard all their rights, ignore their interests and treat them as our resources and commodities.

This perception of other species as resources rather than living, breathing victims, is openly encouraged and manipulated by the industries that make money from the misery of these defenceless individuals, and watching any advert break on commercial TV will provide many examples of this very thing. It is in the heavily vested financial interests of these massive, wealthy and politically influential industries to discourage consumer awareness of the sickening violence inherent in their trade, violence that most of us would readily agree is against the values we all share, values that result in emotionally driven outrage when we hear of anything that causes suffering to any creature without justification or need.

It is never more apparent just how unacceptable is that emotional response to the victims of our species, than when one becomes vegan.  Sharing facts and statistics that illustrate how the annual slaughter of over 74,000,000,000 sentient land-based beings and trillions of aquatic creatures is completely unnecessary, suddenly one encounters a flood of invective. Any emotional response by those who are stunned or moved by the facts, is frequently ridiculed on the basis of unfounded claims that the facts are untrue.

When discussing standard practices that include sexual violation, mutilation and industrial-scale slaughter in cold blood, references to nonhumans using the same terminology that we would use to refer to humans, or in fact any phrase that suggests they are anything other than inanimate objects, frequently meets with scorn and hostility.

While advocates frequently encounter scathing mockery, ridicule and accusations of emotionally fuelled misinformation, it is surprising how frequently the accusers claim to be ‘animal lovers’, sharing emotional pleas on social media on behalf of dogs and cats who have been abandoned or harmed, spouting emotionally charged vitriol about any who would harm their favoured species.

It is equally surprising how often the accuser will refer to unscientific myths of entitlement and necessity, tales from our earliest youth that should have been consigned long ago to the same memory lane as Santa and the Tooth Fairy.

And there, I suspect, lies the root of the knee-jerk scorn directed by so many non vegans towards the impassioned activism of many advocates.  I’m sure many of us have direct experience of having our natural emotional response to other animals being shut down with varying degrees of forcefulness, when we were children starting to question what – or as it turned out, whom – we were being compelled to consume or wear. I certainly do. These experiences can stay with us for a lifetime if left unchallenged.

By going through the awakening that made us decide to be vegan, we have all experienced a shattering of this shell of social conditioning, and for everyone I have spoken to, this was a deeply distressing and emotionally draining experience, a stomach-churning realisation that almost everything we had ever been told about our victims and the mechanisms by which they become our resources, was completely untrue.

For me, the trigger that finally broke through my conditioning was when I suddenly realised the commercialised tyranny that is the fundamental principle underpinning all ‘farming‘ of lives and individuals.  Suddenly my childish fantasy of cheerful bucolic farmyards with kindly ‘farmers’ and happy animals evaporated as if I’d been doused in freezing water.

The truth about the dairy and egg ‘industries’ was particularly offensive, because motherhood was a profound emotional experience for me. Reconnecting with my own motherhood, empathising with mothers of other species, remembering giving birth to and nursing my children was ultimately the route by which I became vegan.

Other advocates recount that reasoned debate was what acted as their trigger. Faced with the moral arguments against causing unjustifiable harm to defenceless and vulnerable young creatures, they considered that the only rational response was to become vegan.

Every advocate has their own style, their own way of conveying the vegan message and providing that each consistently holds that all use of the lives and bodies of others is unnecessary and that there is no acceptable level of use, harm or slaughter, then we are simply different voices with a single message. (The sad fact that there are so many who claim to represent humanity’s victims while betraying them utterly by claiming it is ‘pragmatic’ to continue to promote harming them, is a topic for other essays.)

So I make no apology for appealing to emotions; these are a potentially powerful route to disrupt cultural conditioning; the same conditioning that, unless we challenge it, ensures that we continue to unknowingly act in ways that are against our deepest values. If it worked for me, it can – and judging from the conversations I’ve had, most certainly does – work for others. Those who feel compelled to ridicule an appeal to emotion by making dismissive posts are simply proving a point. In arousing their scorn, we have in fact provoked an emotional response that may plant a seed to flourish on another day.

Despite our fond delusions about being ‘animal lovers’, it is no exaggeration to say that we have created a hell for other beings. Through our consumer choices when we are not vegan, the ‘standard practice’ we pay for confines, mutilates, violates, and enslaves innocent creatures. We take their infants from them. We consume their dead flesh, their eggs and the breast milk they produce for the infants we have killed so we may breastfeed in their place. We wear, furnish our homes with and otherwise use their body parts, body fibres and skins in a myriad ways. We ‘break’ them and ‘train’ them and are ‘entertained’ by their helpless acceptance of our strength and the implements we use to enforce their compliance. With implements, technology and brute force we imprison and restrain them, exerting our dominance over them. We ‘experiment’ on and test drugs, chemicals, toiletries and procedures on their trembling, agonised bodies in laboratories straight out of our most violent horror stories.

Our victims value their lives. With minds and thoughts, they are aware of themselves; experiencing life and living through their memories, their environment, their interactions and bonds with others. Like any of us, they seek to protect their own interests and those of their family or group. Like any of us, they instinctively do all they can to avoid pain and discomfort.

Yet each year we slaughter 74 billion (74,000,000,000) land-based individuals killed in cold blood in regulated slaughterhouses;
2.7 trillion (estimated) (2,700,000,000,000) aquatic individuals plus uncounted trillions whose deaths are dismissed as ‘by-catch’;
There are 800 million dairy mothers (including 264 million cows) worldwide, in a system designed to use then to death; hundreds of millions of them are slaughtered annually because their exhausted and depleted bodies can no longer produce enough breast milk;
There is a global flock of 7.4 billion (7,400,000,000) egg laying hens. Their bodies are worn out and broken by 60-70 weeks of age, so the majority of them are slaughtered around this time;
Out of the replacements hatched for the slaughtered egg layers, an estimated 7.4 billion (7,400,000,000) male chicks slaughtered on their first day of life because they cannot lay eggs;
Uncounted millions of individuals used and tortured in laboratories;
Uncounted millions of individuals used and imprisoned for ‘sport’ and ‘entertainment’;
Uncounted billions used for their skin, their body fibres and for a myriad other purposes.

If these facts do not provoke an emotional response from our species, what hope is there for humanity? Seriously. How can any of us simply shrug off injustice on such a breathtaking scale? Surely it is entirely appropriate to feel emotion when faced with the atrocity of what we have allowed to be done in our name? Is it not highly disturbing to think that any member of our species might feel nothing at all in the face of this horror?

BE emotional. It’s not something to be ashamed of. We need to use that emotion to fuel the actions we can all take as individuals to bring the nightmare to an end. We need to rediscover our lost humanity. We can start to do that only by becoming vegan.

15 Responses to Vegan advocacy and the appeal to emotions