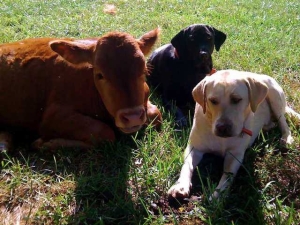 We have all seen the frequent and sensationalist press releases about the contamination of various substances derived from the bodies of nonhumans. Examples range from the devastating results of routine antibiotic use and the impact that subsequent resistance is having on human consumers, fecal contamination of flesh ‘products’, the number of pus cells permitted by statute per given quantity of nonhuman breast milk. And who can forget the sensationalist headlines that occur when we are unexpectedly faced with the wrong species of corpse; horse corpses when we expected pig corpses in our burgers; the last earthly remains of a dog when we thought we were thought we were eating the last earthly remains of a cow; the fur of a flayed-alive cat when we thought we were flaunting the fur of a flayed mink? The list is endless.

Should advocates be eagerly weighing in to use these instances to press and publicise their cause? Do they help ‘raise awareness’? Well no, not necessarily. There is more to effective advocacy than encouraging condemnation. We must exercise extreme caution and should use these instances ONLY if we also provide information and education that helps others understand both the root of the problem and its solution.

Our fault, not theirs

So much coverage of these instances encourages disgust and revulsion for the diseased victims of our endless selfishness and this is not a helpful view. Instead of shining the spotlight on the underlying and fundamentally disgusting notion of sentient beings as commodities and ingredients, contempt becomes focused on innocent and vulnerable beings whose pitiful condition is due entirely to humanity’s self indulgence. We must always stress that the problem is not how we treat our victims while they await their untimely deaths, but rather the fact that we use them at all.

These instances may arguably raise awareness of episodes of wanton injustice, of sickening brutality, of the human delusion of superiority to other beings, however, without a clearly focused message, they serve mainly to disgust, to infuriate and to cause consumer anxiety, while doing nothing to shift the culturally accepted view that humans have a right to use and destroy other beings.

Almost without exception, every sensationalist case I have ever seen demonstrates the deeply speciesist mindset blinkering the majority of humans into considering that they have an unchallenged entitlement to carry out or pay others to carry out the vile and unnatural acts that all use of nonhumans inherently entails. Every ‘scandal’ emphasises and enforces an arbitrary line being drawn between one form of outrage and another, based solely on the species of the victim.

When we focus on their abused bodies and contaminated secretions, we draw attention away from the immorality of the concept of bringing them into the world to suffer and die as commodities and slaves, and it becomes all too easy to imply that there is somehow a ‘better’ way to continue our current exploitation, one that will not cause disease, one that will not have a negative impact on those who exploit them, and ultimately, one that may be perceived as morally acceptable.

This is, of course, complete nonsense. There is no right way to force breed, confine, mutilate and kill other beings for any purpose whatsoever as it is all completely unnecessary.

The common factor in every instance of exploitation is speciesism. This may take the form of discrimination against any species that is not human, or may equally champion one species in favour of others – as in the ridiculous cultural acceptance of eating sentient cows but not sentient horses, approving the consumption of tuna but not dolphins, of wearing the skins of rabbits but not cats and so on.

The word speciesism was first used by psychologist Richard Ryder in in 1970. He was later quoted thus;

Speciesism, like racism, sexism, ableism and other ‘isms’, denotes discrimination. It is the according or withholding of different rights and / or special considerations based on the criterion of species. Yet when we think about it logically, every characteristic and circumstance that is used to discriminate against nonhuman individuals may also apply to some humans.

Examples used to attempt to justify human superiority and entitlement to exploit nonhuman beings include; their ability to use spoken language, their perceived intelligence, our perception of their lives, relationships and social bonds, our assumptions about their needs, wishes or preferences.  We do not, however, use those qualities to measure the worth of humans. Adult humans, infants, the elderly, the cognitively or physically impaired are all considered equally worthy of moral consideration as full members of the human race, regardless of their limitations.

The majority of nonhumans whom we kill to appease our palates are no more than children. Just as with human children, they are vulnerable, helpless, in need of their mothers’ warmth, her milk, her protection; incapable of verbal communication, unable to reason, to defend themselves, to fight for justice; bewildered, despairing and afraid. However, the key thing to note is that they share with humans the quality of sentience. This is the quality that makes us all self aware, that indicates that we have needs, wants and preferences, that we can feel satisfaction and that we can suffer. Nonhuman lives matter to them as ours do to us.

Change starts from within

If we are to bring about effective change, our aim as advocates must be to change the dialogue by shining a light on speciesism. By stressing the morally relevant similarities that humans and other species share, we must continue to shift the norm away from standards of treatment (which to all intents and purposes are simply degrees of torture), away from the traditional view that ‘might makes right’, towards a paradigm of respect and acknowledgement of our shared sentient heritage that will safeguard our nonhuman kin, ensure our own survival and ultimately save the planet we share.

It is all too easy to arouse fury in our fellow humans, but as advocates we do far more harm than good when we encourage the claiming of the moral high ground by those who fail to realise that their own actions are exactly equivalent. Again, our unrecognised speciesism is the reason for this.

Examples that spring to mind are the wearing of leather boots or clothing while opposing the use of fur, protesting against the use of ivory or ‘canned hunting’ and having a cheeseburger on the way home, supporting a fundraiser for rescued dogs or cats where the barbecued remains of cows and pigs are served, racist and xenophobic rants against the exploitation of dolphins, dogs, cats, horses etc while using or consuming chickens, pigs, cows, turkeys, goats, using toiletries or domestic materials containing body parts of – or tested on – helpless nonhumans, supporting zoos, circuses, horse racing or any of a myriad other practices where we confine and abuse other beings for ‘entertainment’.  Again, the list is endless. I was not always vegan and I remember all too well the inconsistency of my own thoughts and actions, until the day the truth finally dawned, my world changed forever and I knew I had to be vegan. We cannot change the world without first looking inward and changing ourselves.

Once we shed our speciesism and see our nonhuman brethren as moral equals, it becomes unthinkable to harm them because we empathise with their plight and because they are helpless, vulnerable and innocent. We reject the casual contempt of a society that views as resources those who are so desperate for – and deserving of – our respect and protection.

I believe we must not deviate from the promotion of the absolute end to all nonhuman exploitation. Our conscience must be our guide. After all, that conscience is what keeps us awake at nights and what finds (or fails to find) acceptance when we view ourselves in a mirror. Although each vegan will find cause for sadness every day, they may sleep untroubled, at peace in the certain knowledge that their daily choices have not been to brutalise the vulnerable. At least it is some small comfort.

2 Responses to Speciesism – changing the dialogue